Cold Blooded In NY: Surveillance Footage Released Of Nas' Filmmaker Friend Fatally Shot While The Gunman Was On His Phone! 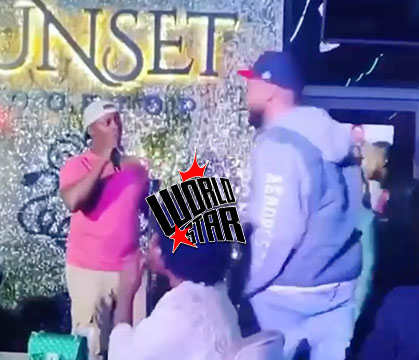 Smacked The Jokes Outta Him: Comedian Gets Rocked At His Show After Cracking Jokes On A Man In The Audience!

"The NYPD is searching for two suspects involved in the Queens shooting death of a filmmaker who was friends with rappers ICE-T and Nas. Police say that at 11:18 p.m. on Thursday, Joseph "Taheim" Bryan, 50, was sitting inside of a car in front of a luxury apartment building at 28-10 Jackson Ave. in Long Island City. Security footage caught one of the suspects, apparently on the phone, entering a parking garage. Moments later, seemingly still on the phone, the gunman exits the garage and approaches Bryan's car, brandishing a firearm and firing several shots into the driver's side." - FOX5
Posted by Thrillz