Wise Beyond His Years: Kid Had No Issue Solving This Math Problem, Told It Like It Is!

Dude Mistakes Lil Bibby For G Herbo! I Thought That Was G Herbo 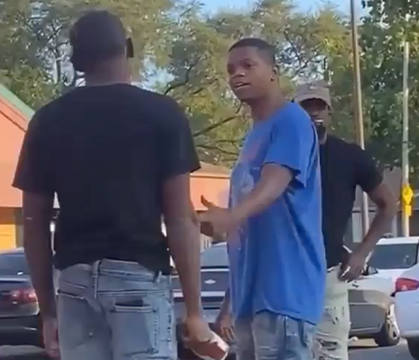 Left Him Leaking: Dude Catches A Beating After Confronting A Drug Dealer For Selling Him Some Reggie!
BROKEN? 124,234 views
Uploaded September 14, 2020

At President Trump's rally in Henderson, Nevada, a crowd of supporters began chanting "lock him up," referring to former President Obama. Trump had accused his predecessor of being caught spying on his winning 2016 presidential campaign. In recent months, Trump has increased the frequency with which he accuses Obama of committing crimes pertaining to the former's first presidential run. Posted By Persist

COPIED!
Comments will only be displayed by verified emails. No Spamming or Racism.
comments powered by Disqus