Volcanic Activity In Japan Is Lifting Abandoned Ships Out Of The Ocean! 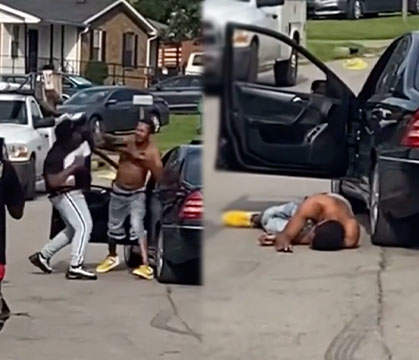 Didn t Stand A Chance: Dude Gets His Jaw Rocked After Pulling Up On His Opp Wanting All The Smoke!

Mother Responds To Viral McDonalds Clip About Her Going Off On Her Man For Only Bringing Food For His Kids!

"Dilapidated hulls dot the black sands on the western coast of the island now known in Japan as Iō Tō. The island, whose former Iwo Jima name translates to Sulphur Island, was stormed by U.S. Marines on February 19, 1945, notes the National WWII Museum. The battle lasted 36 days, with 70,000 Marines and 18,000 Japanese soldiers taking part. Nearly 7,000 Marines were killed and 20,000 wounded in one of the bloodiest battles the Marines have ever taken part in.
The ships are circulating on social media, with some believing the ships to be artifacts from the battle; others calling them sunken battleships of the Imperial Japanese Navy. But the United States Air Force Kadena Air Base in Kadena, Japan offers a different explanation." - Jalopnik
Posted by Thrillz